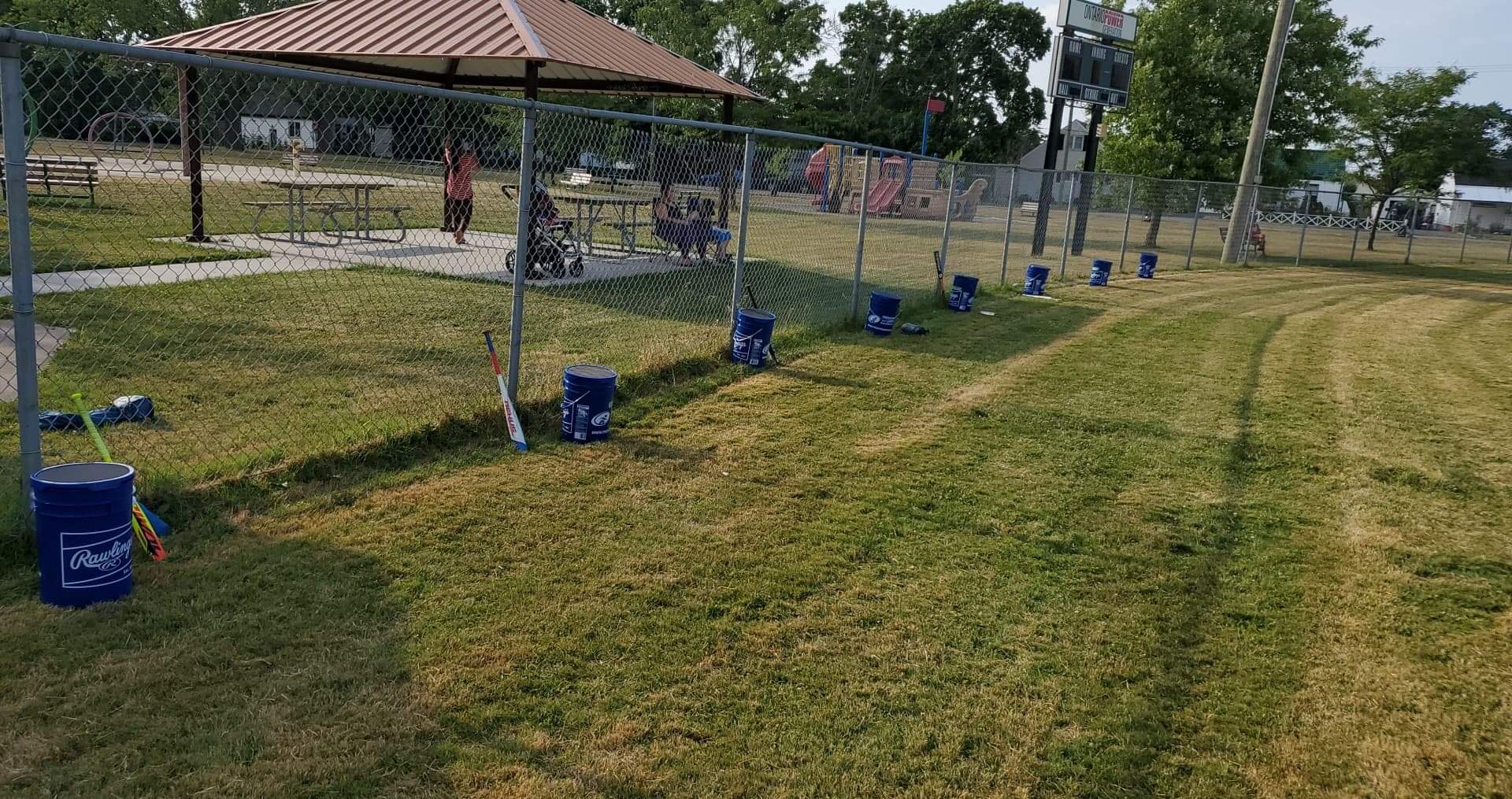 Minor baseball was off to a great start this season, with 90 registrations received by March 1 (compared to 140 in total the year before).

And then the pandemic hit.

As president of Thorold Minor Baseball, Chris Green and his team of volunteers have faced an unusually challenging season. For two years, Green has been director of communications, marketing and community engagement for the Niagara Health Foundation, which he calls “rewarding but tough work.”

Green told the Thorold News he was a board member for Thorold Minor Baseball for three years before being handed the reins from long-time volunteer Fred Matheson last November.

"We wanted kids to fall in love with the game,” he added. “Our mission, when I took over, was I wanted it be about player experience and parent experience and lots of development. We want the parents to see what we’re doing. The coaches like to have fun and we know kids learn through fun.”

“I’ve always been a believer that if you have some thoughts on how you think things should be done, you should put your hand up and be willing to help. I took over all the groups nine years of age and under, and now my son plays on the 9U team and I’m the head coach of that team as well.”

Thorold Minor Baseball launched a new website and registration system, “and completely revamped how we communicate with our kids.”

“The kids were so excited to be outside playing a game they love and getting to see their buddies because school closed, and get out and be active. Parents have said they love what we’re doing, so it’s as good, or better, than we could’ve ever imagined.”

Board members set up a plan and sent surveys along with videos to parents, outlining “exactly how we were going to do the season,” following strict health regulations.

The majority said they were comfortable with it; those that weren’t received refunds.

“We cancelled the T-ball and rookie” divisions, deciding it wasn’t “feasible to keep the protocols and hand cleaning with the younger kids, and we didn’t think we could do it safely.”

However, he said they had “Good numbers in 9U, 11U, and 18U, and strong coaching for those age groups,” and managed to offer practice for each team twice a week.

“We worked hard with our board and came up with a system that would work with Baseball Ontario protocols and keep the kids safe and provide a developmental program. Most other groups had decided not to play. On July 6, we started practices and developments with eight players plus two coaches” to meet the mandated provincial standards of groups of 10 maximum.

“We couldn’t use the dugouts because of the common touch areas,” he explained, “so we gave every kid a ball bucket with a padded lid for their equipment, which became their seat when not playing. We track for attendance and during drills when we’re in close contact we wear Thorold Baseball masks and keep them six feet apart. Every 30 minutes, we take a break and sanitize their hands. Baseball Ontario and the province had said no games or scrimmages allowed until stage 3.”

Since Niagara recently entered stage 3, “We can have full teams on the field together” and break them up into inter-squad games.”

Parents have been supportive, said Green, and “The City of Thorold has worked really closely with us to make sure this all works. We’ve been happy to put baseball on the field for the kids.”

"We want to focus on development and fun, and at the same time be competitive within the region.”

“I always dreaded playing the Thorold teams growing up,” he recalled. “We knew going into McMillan Park we’d be up against some good teams.”

“We moved to Thorold six or seven years ago from St. Catharines and decided it’s where we want to raise our family. I saw the potential for baseball in Thorold.”

As “one of the smaller centres in Niagara,” he said, “We want to show them while we don’t have the same numbers as those bigger ones, the experience can be just as good as the bigger ones. We might be a hidden gem in Niagara for baseball. I’m hoping to be able to put Thorold baseball on the map.”

In addition to assisting Beaverdams resident James Symons with his ongoing “Toolbox Project” for homeless men, Green is a director with the Distress Centre Niagara board, and coaches CYO hockey.

Baseball is “a passion” for his family, which includes his wife Steph, son Mason, and five-year-old daughter, Kira, who plays Tball.

“Front Row Sports has been unbelievable for us,” he added. “When we had to start cancelling divisions, Front Row stepped up and offered anyone that took a credit for next season” a free gift card at the store. “They have been our best partner to get our jerseys flipped around and get the buckets for the kids.”

Manage your identity from the palm of your hand to the top of your desk.